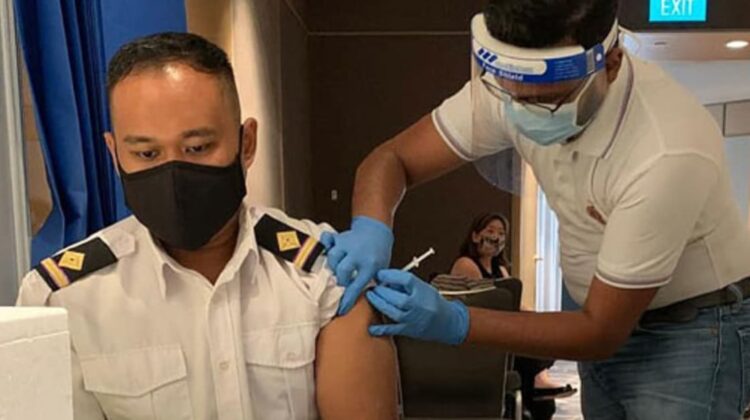 ROTTERDAM : From 2nd August, the vaccination programme, which is currently limited to seafarers on Dutch vessels, would be expanded to all international seafarers on ships calling at the Port of Rotterdam, according to Boers Crew Services.

In another positive development in the vaccination of international seafarers jabs will be available to all seafarers on vessels calling at terminals in the Port of Rotterdam area, excluding cruise ships and pleasure craft.

A total of 10,000 shots of the Johnson & Johnson single shot vaccine will be allocated to the pilot programme and available on a first come, first served basis.

The vaccines themselves will be free of charge but costs apply for inoculation, administration and storage, Boers Crew Services said. It will be charging a EUR175 registration fee per vessel and a crew handling fee of EUR55 per seafarer.

The vaccinations can be carried out by medical personnel either onboard ship or a local medical clinic.

The pilot project by the Netherlands in the Port of Rotterdam follows Belgium which rolled vaccination for all international seafarers calling at the ports Antwerp, Ghent and Zeebrugge last week.

A vaccination programme for seafarers on Dutch-flagged vessels started on 15 June and was expanded to Amsterdam Schiphol Airport.

Despite repeated calls for seafarers to be given priority for vaccination given their role as front line workers progress has been slow, with ports in the US the primary location where vaccination with the J&J vaccine has been available for international seafarers.

In Asia Singapore said earlier this month it was working on a protocol for the vaccination of international seafarers similar to its crew change protocol.