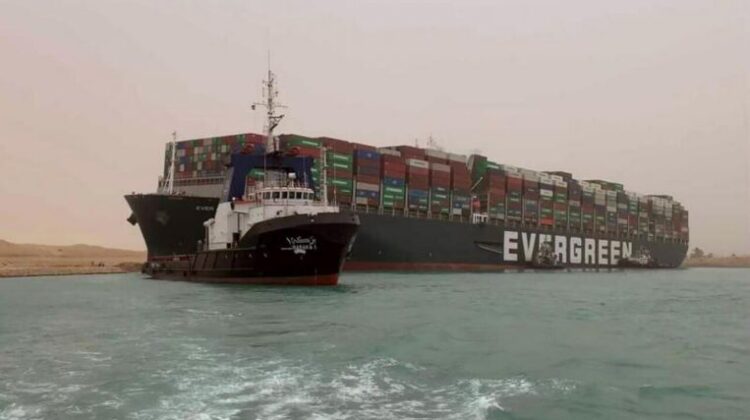 Fourteen tug boats honked in celebration after moving the lodged Suez Canal ship by two inches.
Officials said they are hopeful the ship will refloat after water started running underneath it.
The ship has been blocking the entire width of the Suez Canal for over 100 hours.

A new video posted on Twitter https://twitter.com/SuezDiggerGuy/status/1375875968246628362 shows tugboats in the Suez Canal honking in celebration after they were able to move the massive container ship that has been lodged in the sandbank for days by two inches.

Canal officials said “significant progress” had been made after workers dredged about 20,000 tonnes of sand on Saturday, the BBC reported.