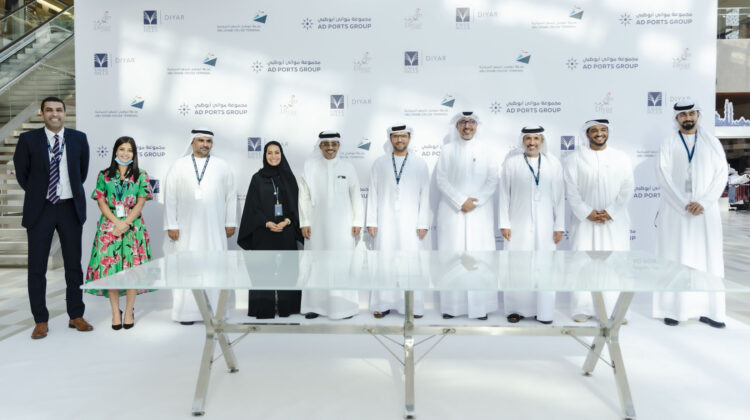 ABU DHABI : As part of its continued efforts to elevate the Arabian Gulf’s cruise business to new heights, AD Ports Group has inked an initial agreement with Diyar Al Muharraq and the Eagle Hills Diyar Company to investigate opportunities to develop and operate new cruise infrastructure in the Kingdom of Bahrain.

Building on the country’s potential to become the fourth high-performing cruise destination in the Arabian Gulf, the initial stage of the collaboration will involve a series of feasibility studies aimed at identifying avenues of investment, as well as the development of new infrastructure and services.

In addition to locating a viable site for the proposed cruise terminal, which will substantially enhance Bahrain’s current cruise offerings, AD Ports Group has also been awarded the responsibility of overseeing the new facility’s daily operation upon its completion

Captain Mohamed Juma Al Shamsi, Group CEO, AD Ports Group, said: “We are pleased to announce the start of our collaboration with Diyar Al Muharraq and the Eagle Hills Diyar Company, which marks the first step of a joint effort to modernise Bahrain’s cruise offering and enhance the region’s draw for the global cruise market

“By leveraging our expertise as a long-standing driver of the Middle East’s cruise industry, we will aid our partners through the initial exploratory efforts to identify avenues of potential investment in infrastructure and industry-leading services, as well as locate a viable site for the new cruise terminal and will oversee its operation once developed.”

As one of the region’s increasingly popular cruise destinations, Bahrain has witnessed a sharp increase in annual arrivals in recent years observing a record high of 130,778 passengers in 2019.

Dr. Maher Al Shaer, Managing Director of Eagle Hills Diyar, said: “We are proud to be partnering with AD Ports Group to accelerate the Kingdom’s standing as a potential cruise destination. We aim to offer the correct infrastructure to push this partnership forward and capitalise on this opportunity to prominently feature the Kingdom on the global map, positioning the region as a premier travel and leisure destination.”

Eng. Ahmed Al Ammadi, Chief Executive Officer of Diyar Al Muharraq, said: “We are delighted to be partnering with AD Ports Group, a regional leader in the logistics industry, to elevate the Kingdom’s cruise offerings. As the largest real estate development in the Kingdom of Bahrain, Diyar Al Muharraq aims to highlight the potential growth in the tourism industry and develop newer areas for investment in the Kingdom through meaningful and strategic partnerships across the region.”