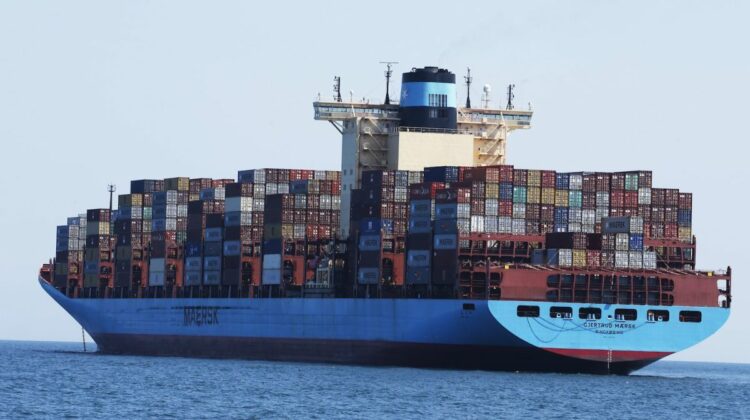 The dozens of diesel-operated cargo ships floating off the coasts of Los Angeles and Long Beach in California aren’t just emblematic of the snarled supply chain. They’re contributing to the 1 billion metric tons of carbon emissions each year from marine shipping.

Start-up Fleetzero is aiming to provide solutions for both of these problems. Co-founders Steven Henderson and Michael Carter — graduates of the United States Merchant Marine Academy — are building battery-electric cargo ships that will not only help decarbonize the industry but could also ease supply chain bottlenecks by utilizing more of the available ports around the world.

And if that sounds a bit far-fetched consider that Elon Musk said way back in 2017: “Everything will go fully electric, apart from (ironically) rockets. Ships are the next easiest to solve after cars.”

In 2018, the International Maritime Organization, a regulatory arm of the U.N., set an initial goal of cutting carbon emissions from international shipping by at least 50% by 2050 compared with 2008. The problem with reaching that goal, according to Clean Air Task Force research, is that international shipping fleets would need to transition to net-zero carbon fuels.

CATF has cited ammonia as a likely option, though it noted that ammonia is at least triple the cost of conventional marine fuel. “Most of the solutions we’ve read about and seen will all wind up costing the consumer more,” Henderson said. “Either they use a fuel that is a derivative of a fuel we use today, or it’s a fuel that is going to cost more.”

As Henderson and Carter studied the problem, they concluded that the only sustainable way to decarbonize cargo ships is with electricity. “Believe me, we looked at everything including pumping molten salt into ships and cooling it,” Henderson said. Electric batteries became the focus for Fleetzero and the mission was to figure out how to make it cost competitive.

The solution: battery swapping. Fleetzero is experimenting with building electric batteries in standard 20-foot shipping containers which are modified to power smaller ships at sea. When a ship comes into port, the drained batteries in the container carrier are swapped out for new ones.

“Our ships use rapid battery swapping to refuel, and in doing that we’re able to distribute the costs of our batteries over a greater number of shipping containers to a point where we can be competitive with diesel ships,” Henderson said.

Fleetzero is building its first battery pack prototype in Alabama, intending to convert a small diesel ship to use it by the end of 2022. Eventually, the co-founders say they will build their own ships, but for now, they are retrofitting smaller cargo ships that are powered by diesel. “It’s much faster for us to go to market that way,” Henderson said.

Supply chain help
Not only does electrification potentially solve the carbon problem, but using smaller ships could help the supply chain dilemma. Cargo ships, with containers stacked sky-high, have grown bigger every year since the 1950s, Henderson said. And while, pre-Covid pandemic, that brought shipping costs down, it’s also reduced the number of ports around the world where these giants can dock.

“The physical limitations aren’t the size of the ships, but the depths of the ports,” he said. “Long Beach and Los Angeles can handle these big ships, but the whole system isn’t set up to accommodate massive vessels with 20,000 containers on them all at once.”

By using smaller ships, additional ports around the world can be accessed, including big river systems like the Mississippi, said Carter, not only alleviating congestion and backlogs at ports but potentially reducing truck traffic.

Carter and Henderson also point out that electric ships put fewer crew members at risk. “Mike and I both spent years in the engine room of ships crossing the Pacific and Atlantic,” Henderson said. “It’s not a good work environment.”

With less maintenance and repair work than a diesel ship requires, both say they foresee better maritime jobs, less pollution and lower costs.

A focus on emissions
Other companies, including Amazon and Ikea, are pushing the ocean shipping industry to move to zero-carbon fuel sources by 2040, a decade earlier than the IMO’s initial goal set three years ago.

The pledge by these two retailing giants, as well as Patagonia, Michelin and Unilever, to use only zero-carbon fuel ocean vessels is indicative of a broader movement by companies to reduce their carbon footprint around the globe.

Companies have revamped everything from office buildings and warehouses to transportation networks to become more carbon neutral. With the supply chain and cargo ships in the spotlight, it follows that ocean transportation — so dependent on diesel — would be next.

“In order to combat the climate crisis, we must rapidly decarbonize marine shipping,” said Jonathan Lewis, director of transportation decarbonization at CATF, in a statement announcing the consortium of merchants.