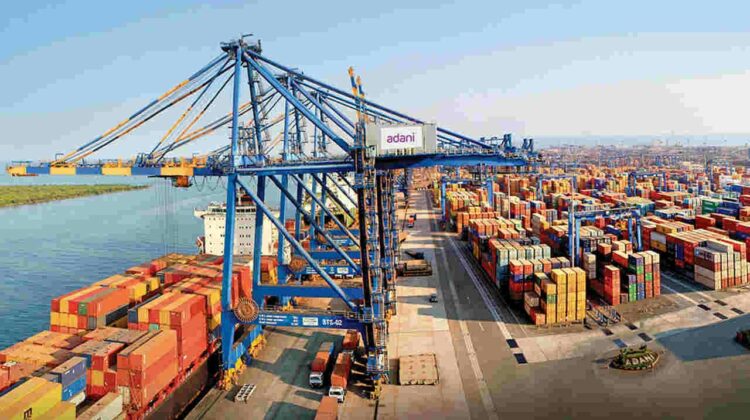 MUMBAI : The Customs Department has asked Adani Ports and Special Economic Zone (APSEZ) to “re-examine” its decision to stop handling export-import (EXIM) containerised cargo originating from Iran, Afghanistan and Pakistan at its ports from November 15.

“The advisory (issued by APSEZ) bears an adverse impact on EXIM trade of the country and (is) contrary to the policy of the Government of India,” the Customs Department wrote in a November 10 communication to APSEZ following representations from trade that the decision was taken “unilaterally”.

“Such restrictions of port specific import can be imposed only by the competent authority like Directorate General of Foreign Trade,” it said while asking APSEZ to “re-examine” the issue and make policies for facilitating EXIM trade in consonance with the policies of the government.

A Customs department official said that port authorities, both State-owned and private, are “not competent” to take such decisions. It requires government permission.

Port authorities cannot restrict anybody. That has to be done by the Government of India. All such restrictions have to be imposed by the DGFT,” he said.

APSEZ said that the self-imposed restriction on handling export-import containerised cargo originating from Iran, Afghanistan and Pakistan would not hurt its business.

“In the whole year, we have handled about 2,596 boxes from Iran. Considering the APSEZ container profile, and specifically with relation to Mundra, this is an extremely insignificant volume that we handle,” Subrat Tripathy, CEO, APSEZ Ports Vertical, told analysts during the second quarter earnings call.

“Similarly, from Pakistan itself, we had handled just about 444 boxes in H1 which is extremely negligible,” Tripathy added.

APSEZ’s move to restrict handling container cargo originating from Iran, Afghanistan and Pakistan came in the wake of a huge drug haul at its flagship Mundra Port in September.

On September 16, the Directorate of Revenue Intelligence seized 2,988.21 kg of heroin at Mundra Port. The heroin was found in two containers declared as stuffed with ‘semi processed talc stones’ that originated from Afghanistan and were shipped to Mundra via the Bandar Abbas port in Iran.

The case is being pursued by the National Investigation Agency