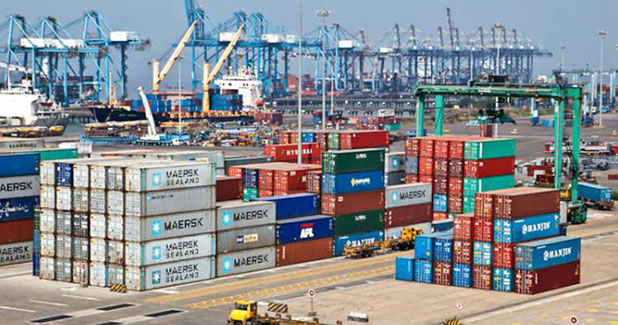 MUMBAI : The Jawaharlal Nehru Port Trust is ready to connect with other Indian ports as well as boost coastal container traffic of the country through its newly constructed Coastal Berth. According to the Ministry of Ports, Shipping and Waterways, it has a capacity of 1.5 million tonnes per year of liquid cargo as well as 1 million tonnes per year of general cargo. One of the major benefits of the coastal berth’s construction is that it will cater to coastal movement of cement as well as edible oil under the new policy in which a green channel is provided for coastal cargo which is not possible in customs notified area.

According to the MoPSW another key benefit of this move is that the coastal berth will allow setting up of permanent structure like storage silos and tank farms for liquid storage within the vicinity of the berth.

According to the ministry, Union Minister for Ports, Shipping & Waterways Shri Sarbananda Sonowal will inaugurate Road Concretization Project at JNPT. The minister will also launch the Medical Oxygen Plant at the JNP Hospital. Besides, he will also review Small Port initiative at BMCTPL. The ministry further said that presentations will be made on EODB, Wadhwan ports, Dwarf Containers as well as other infrastructure projects. Then, the Union Minister will conduct meetings with several stake holders at the port.

The JNPT at Navi Mumbai, the ministry said, is the premier container handling port in the country, accounting for nearly 50 per cent of the total containerized cargo volume, across India’s major ports. Commissioned on 26 May 1989, JNPT has transformed from a bulk- cargo terminal to become the premier container port in India. It is linked to more than 200 ports in the world and also, it is in 33rd positioned in the list of top 100 Container Ports globally.