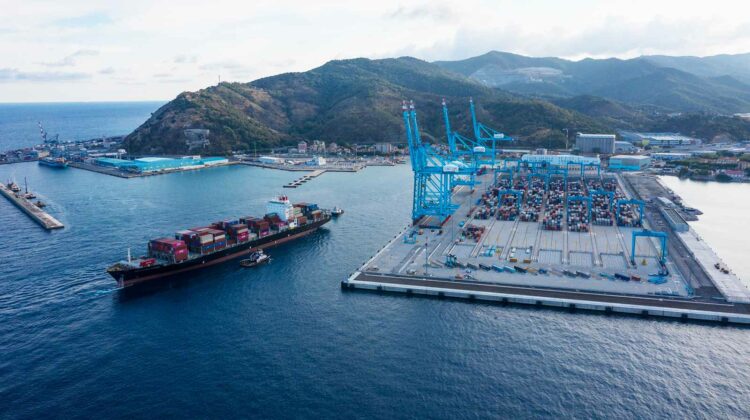 The ship, arrived at Vado Gateway, one of the most technologically advanced container terminals in the Mediterranean, after the calls in Turkey and Piraeus (Greece) and will continue its onward journey towards the ports of ports of New York, Norfolk and Savannah on the American Atlantic coast.

“The arrival of the EMA service is a further fundamental step in the growth path of Vado Gateway and proof its strategic role in the Mediterranean port geography,” said Paolo Cornetto – CEO of Vado Gateway.

“The US market is a strategic market for our country and having a direct connection from Vado Ligure is of great importance for our development plans,” continued. “We are grateful to COSCO Shipping Lines, ONE and OOCL for the trust they have placed in us.”

Through APM Terminals’ TERMPoint Appointments booking system, trucking companies will be able to access the terminal using a designated time slot, for the quick and efficient pick-up and drop-off of containers. TERMPoint is also available via an App that can be downloaded for free for Android and IOS devices.