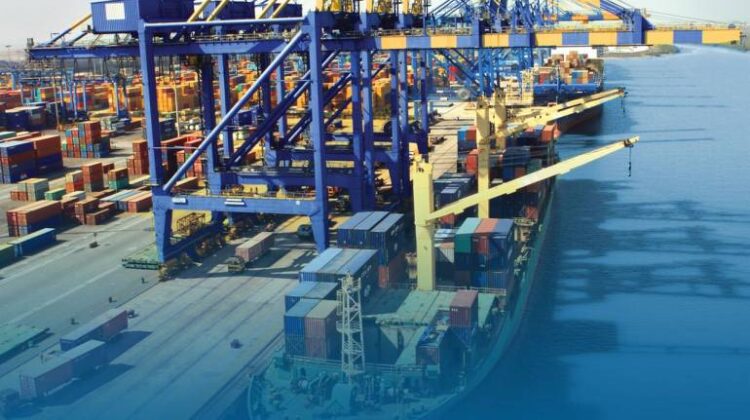 NEW DELHI : Cargo traffic at state-owned ports rose 10.4 per cent in December year-on-year (YoY), signaling a strong rebound in a year that has fared slower than expected.

Twelve major ports handled cargo of 69.5 million tonnes (mt) in December, which is the highest during the current fiscal year. The volume is also 8 mt higher than the traffic over the past three months, which had been stuck at 61 mt since September.

It is also the second-highest traffic volume handled by major ports in a month since the onset of Covid-19. Cumulatively, traffic at major ports reached 576 mt by December, which is nearly 9 per cent higher than the previous fiscal year.

“The entire increase in volumes in December, Quarter and year can be explained by volumes of coal. However, container volumes have come under stress,” said Mohit Kumar, a researcher with DAM Capital, who attributes the current coal surge to geopolitical tensions.

Officials and experts suggest the current surge in coal cargo has also been aided by the increased use of the rail-sea-rail (RSR) mode for the domestic transportation of thermal coal.

Sai Krishna, Vice-President and Sector Head at ICRA said,“Iron ore traffic saw a 42 per cent year-on-year growth in December. Since the removal of various export duties on the commodity in November, traffic which was earlier subdued has seen higher growth on account of pent-up inventory”. On a cumulative basis, iron ore traffic in FY23 is still 20 per cent less than last year, but experts expect these numbers to pick up further.

While thermal coal cargo is up 35 per cent in FY23, coking coal has seen a rise of 16 per cent.
According to experts, coking coal volumes may have seen growth on account of increased iron ore production, as the commodity is used to produce steel.

Container cargo continues to see subdued volumes because of slow international trade. Krishna said high container rates in the first half of the fiscal year had caused container volumes to move towards bulk break cargo, which may improve going forward. So far in FY23, 124 mt of containers have been moved through major ports, which is hardly 1 per cent higher than the previous year.

If the momentum of December continues, traffic growth may remain upwards of 8 per cent by the end of the financial year, experts said.