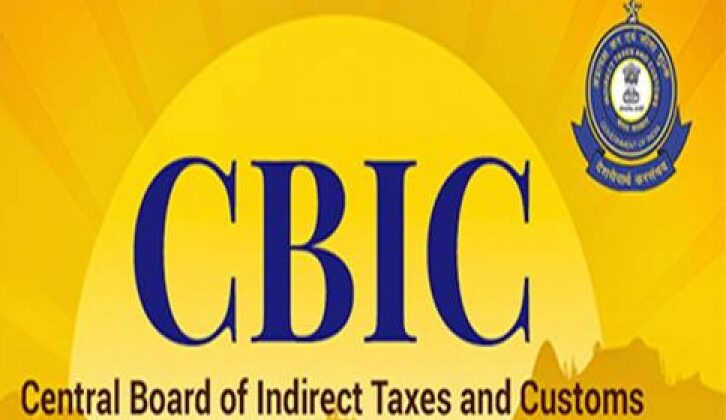 NEW DELHI : The CBIC has streamlined certain processes in Customs under which a officer would have to communicate his ‘first decision’ on the import document filed by an importer within three working hours. In a circular to all principal chief commissioners of customs, the Central Board of Indirect Taxes and Customs (CBIC) said it has reviewed the implementation of Faceless Assessment and deliberated on the further measures required for expediting the pace of assessment and Customs clearance of imported goods.

“However, Board observes that there is even now scope for improvement which would potentially lead to a substantial increase in the pace of assessments and customs clearance, while further enhancing the uniformity in assessments and anonymity with a view to reduce interface with the trade,” the circular said.

With regard to expediting assessment process, the CBIC said that “the working hours of all FAGs (faceless assessment groups) shall be uniform from 10 am till 8 pm on any working day.”

Observing that at present, the working hours of the FAGs across the country are not uniform, the CBIC said there is uneven output such that some officers of a who begin work earlier clear more than the targeted bills of entry while others whose working hours begin later do not get sufficient number of bills of entry.

A bill of entry is a document submitted to customs department by importers or agents on or before the arrival of imported goods for its clearance.

FAG consists of appraisers/superintendents and assistant commissioners/deputy commissioners for verification of assessment of any bill of entry that is assigned to this group in the.

During the review, the CBIC found that the time taken for the ‘first decision’ by the appraising officers and deputy/assistant commissioners of customs is also much more than necessary resulting in lower than optimum output.

“Accordingly, with a view to facilitate faster decisions and, in turn, faster verification of self-assessments as well as to promote specialisation and enhance uniformity in assessment, Board has decided to implement changes in the assessment procedure,” the circular said.

The (NACs) and jurisdictional Principal Commissioners/ Commissioners of Customs shall administratively monitor that FAGs communicate the ‘first decision’ on the Bill of Entry within 3 working hours after its allocation. The first decision could be acceptance of the self-assessment, query to the importer or a ‘First Check’, as may be warranted, it added.

The total number of queries which can be raised by an Appraising Officer in respect of a Bill of Entry would now be restricted to 3. Further, such queries can now be raised without seeking approval of the additional/joint commissioner of Customs.

“In this regard, considering this limit to the number of queries, Board desires that, appraising officer raises query in a clear and holistic manner giving reference to supporting details/documents with respect to valuation/classification etc, so that the importer does not have any doubt and is in a position to reply categorically for early completion of verification,” the CBIC circular added.

These changes would come into effect from July 15, it added. AMRG & Associates senior partner said expediting the assessment and customs clearance of imported goods using automated tools would facilitate International trade in India.

“Faster customs clearances would also support domestic manufacturing entities, who are dependent on import of raw material from other developing nations,” Mohan added.