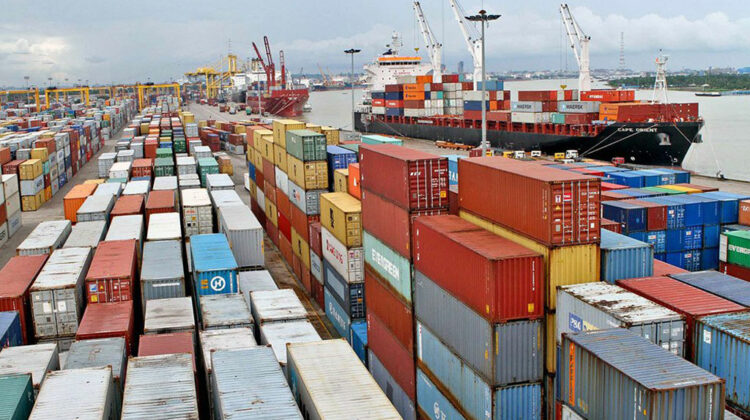 DHAKA : Chittagong seaport can become a transhipment hub for India as it will reduce both transit time and cost of cargo movement between the rest of India and its North Eastern Region (NER), according to a report published by the Asian Development Bank (ADB) in July.

The report, titled “Using Chattogram Port as a Transshipment Hub for the North Eastern Region of India”, states that the routes connecting Agartala and Kolkata through Chittagong port were cost efficient when compared to the Siliguri Corridor.

For instance, the distance by road from Kolkata port to Agartala, via the Siliguri Corridor, is approximately 1,570km, requiring a transportation time of 8–10 days and transportation cost of Tk7,200-8,000 per ton.

Referring to logistics, the report notes that in the region, a composite transportation cost of Tk5,700-6,600 per ton might be incurred with transportation time of 5 days or more, depending on pre-berthing delays at Chittagong port, or other significant delays due to customs clearance processes.

Overall, Chittagong as a transhipment option could lead to 8%–20% savings, according to the report.

However, Dr Khondaker Golam Moazzem, regional connectivity expert and research director at the Centre for Policy Dialogue (CPD), said assigning Chittagong port mostly for sub-regional countries would be risky for Bangladesh as the port dealt with global trade, which had been increasing due to rapid industrialization and the establishment of economic zones.

“Bangladesh should prioritize the Mongla and Payra seaports and Ashuganj river port for bilateral or regional connectivity,” he told Dhaka Tribune.

Meanwhile, a senior official of the Shipping Ministry said the government had begun developing Payra seaport and Ashuganj river port following recommendations by India, but it was not significantly financing the development work.

In 2018, India and Bangladesh entered into a bilateral transhipment agreement for the use of Chittagong and Mongla ports to allow the movement of goods between India’s NER and the rest of India. Apart from this, the India–Bangladesh Protocol on Inland Water Transit and Trade 2009 also allows India to tranship goods through Ashuganj river port.

Trans-shipment through Ashuganj port went underway in 2015 but the process has remained halted since 2020 due to a lack of infrastructure and navigation problems.

According to the ADB report, connectivity between Kolkata and Haldia ports and Ashuganj, maintaining the navigable route of more than 750km throughout the year, is a challenging and costly proposition. Currently it takes about seven days to reach Ashuganj from Kolkata by river route.

Chittagong port is a more practical option for the NER, especially southern Assam, Tripura, Manipur and Mizoram, due to the shorter transit distance involved, the report adds.

Besides, India has already successfully completed a trial run through Chittagong port and is interested in carrying goods through the transhipment route, but the operations have not progressed any further due to the situation caused by the pandemic.

Bangladesh’s National Board of Revenue (NBR) has fixed tariff measures on Indian goods for different services, including Tk254 per container for scanning, Tk100 per ton as security charge and Tk100 for administrative charges.

The Ministry of Foreign Affairs of Bangladesh shared the tariff details with the High Commission of India in Dhaka on July 5 last year.

“Bangladesh has been giving importance to regional trade due to bilateral ties but should not depend on Chittagong port as such transhipment is not very profitable. The two neighbouring countries should assist in developing infrastructure at Bangladesh’s ports to ease regional trade, considering bilateral commitments,” remarked Dr Moazzem.

Meanwhile, besides Akhaura land port, connectivity between Agartala and Kolkata is cost efficient with Ramgarh port in Khagrachhari as well, the ADB report notes.

According to the report, the opening of the Sabroom–Ramgarh–Chittagong route will further trim the distance between the NER and Chittagong, reducing the cost of transportation, presenting an opportunity for the governments of Bangladesh and India to prioritize these routes by identifying and implementing various interventions related to transport connectivity and border infrastructure.

The much-awaited Maitri Shetu (bridge) between Sabroom in Tripura and Ramgarh in Bangladesh over the Feni River became operational on March 9. However, the Covid-19 pandemic has hampered its operations.