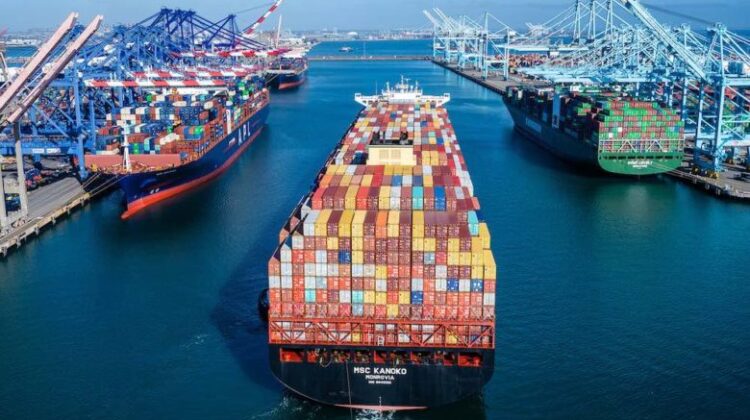 A Republican and a Democrat have pitched the idea to the US House Transportation & Infrastructure Committee, claiming yesterday American exporters are being discriminated by carriers who are rushing to send their empty boxes back to Asia rather than wait for American exporters – led by the agricultural community – to fill them up.

The difference in fronthaul and backhaul cargoes on the transpacific is now more than $10,000 per feu, making liners keen to get boxes repositioned fast to make the most of today’s extraordinary freight rate environment.

The proposal calls for changes to be made to the US Shipping Act to beef up regulator, the Federal Maritime Commission’s oversight capabilities, and to ban liners from dismissing export cargo bookings.

John Butler, the CEO of liner lobbying group, the World Shipping Council, dismissed the price gouging claims, testifying in Congress yesterday: “What’s really driving these problems is the massive increase in US imports.” This, he said, had seen the US container imbalance with Asia jump from two-to-one to three-to-one in recent months.

“I think we should discuss the specific provisions to make sure there are no unintended consequences. I would also say we can’t just scapegoat the carriers. There are good eggs and bad eggs in all of these baskets,” Maffei said.

American politicians have been aware of the container shortage issue hampering US agricultural exports for some time. A letter signed by more than 100 members of Congress in March this year called on the chair of the FMC to act quickly to stem the tide of empty containers.

“Should it be found that (carriers) are predatory or unreasonable in refusing to export these American agricultural products or imposing unreasonable fees, they must be held accountable,” the letter stated.

As supply chain issues accelerate with the onset of the peak season and fallout from a Covid-19 outbreak at important export ports in south China, America’s National Retail Federation (NRF) on Monday asked president Joe Biden to step in and help fix port congestion as retailers face up to the trickiest peak season in living memory.

“The supply chain disruption issues, especially the congestion affecting our key maritime ports, are causing significant challenges for America’s retailers,” NRF president and CEO Matthew Shay wrote in a letter to the White House. “The congestion issues have not only added days and weeks to our supply chains but have led to inventory shortages impacting our ability to serve our customers. In addition, these delays have added significant transportation and warehousing costs for retailers.”

The White House announced last week the creation of a Supply Chain Disruptions Task Force. Led by the secretaries of commerce, transportation and agriculture, the task force would bring together stakeholders “to diagnose problems and surface solutions – large and small, public or private – that could help alleviate bottlenecks and supply constraints