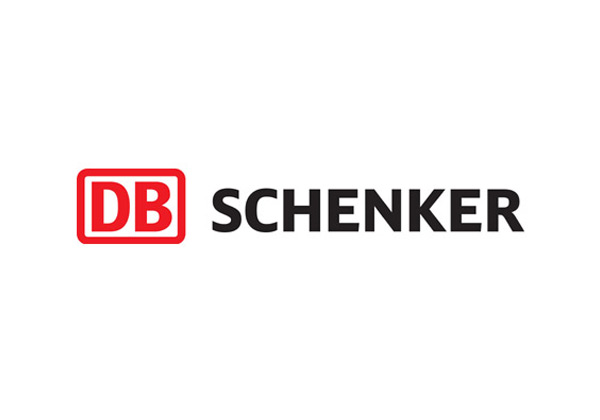 ESSEN : More passengers, more freight and higher revenues: Deutsche Bahn (DB) has seen a noticeable uptrend as of the second quarter of 2021. As Covid-19 restrictions were lifted in Germany, demand for long-distance services, which were especially hard hit by the pandemic, began to increase sharply in April. Even so, the tight lockdown during the first few months of the year, which was repeatedly extended, had a major impact on DB Group’s bottom line for the first half of 2021. Despite the pandemic, DB Group has continued to invest at record levels for more climate-friendly growth – capital expenditures at the railway in Germany has been higher than ever before.

DB Group ended the first six months of 2021 with an operating loss (adjusted EBIT) of EUR 975 million due to the pandemic. Taking extraordinary items, net interest balance and income taxes into account, DB Group showed an after-tax loss of EUR 1.4 billion. However, the loss was much lower than in the first half of 2020. At EUR 21.8 billion, DB Group’s revenues in the first six months of 2021 were up 12.2% compared with the same period in 2020.

“We are really picking up the pace for sustainable mobility and logistics. Our products and services have never been better – we are well equipped for more passengers and growth,” said Dr. Richard Lutz, CEO of DB, in Berlin. Lutz reported that DB Group was making substantive improvements to its fleet and network, such as adding new XXL ICE 4 trains and modernizing nearly 2,000 kilometers of track in 2021 alone.

Dr. Lutz also stressed DB Group’s important role in reaching climate targets set by Germany and the EU: “The recent disastrous flooding in Germany is just the latest example of how serious the consequences of climate change are already. That’s why rail is more important than ever for sustainable development. The uptrend we have seen in recent weeks is proof that people want to take the train again.”

DB Group’s capital expenditures – about EUR 5.6 billion gross and about EUR 2.7 billion net in the first six months of 2021 – matched the highest half-year numbers in DB Group’s history, which were seen in 2020. Funds are being spent to modernize infrastructure and purchase new trains. This record capital expenditures, primarily in the railway in Germany, will help DB Group to further improve quality in the future. Punctuality at DB Long- Distance was 79.5% in the first half of 2021 (compared with 83.5% in the first half of 2020). This was due in part to much higher infrastructure usage, a cold spell in the first quarter that was worse than any Germany had seen in years, and the recent extreme rainfall.

In the first half of 2021, roughly 480 million passengers took DB Group’s trains in Germany (compared with roughly 663 million in the same period last year). This was in stark contrast to pre-pandemic levels: over one billion people took DB trains in the first half of 2019. DB Regional, DB Group’s subsidiary for regional and local transport, saw rail patronage fall around 27% compared with the same period last year. DB Long-Distance saw an especially large drop, with patronage down 34%. The half-year figures for 2020 and 2021 are not directly comparable, however, not least because last year’s numbers included record months before Covid began to have an impact. The lockdown across the entire first quarter was responsible for the lower numbers at DB Long-Distance in the first half of 2021. Capacity utilization and bookings have since increased noticeably. Passenger numbers in the second quarter of 2021 were about 50% higher than in the second quarter of 2020.

DB Cargo, DB Group’s rail freight subsidiary, turned transport volumes around and started growing – thanks in part to higher demand for climate-friendly supply chains. It increased its volume sold to 43 billion ton kilometers, up 12.6% over the first half of 2020.

DB Schenker, DB Group’s global logistics unit, surpassed the values of the first six months of 2020 by far. With an operating profit of nearly EUR 630 million, DB Schenker posted the best figure at the half-year mark in its history. DB Schenker benefited from high demand for stable global logistics chains, more than doubling its profits compared with the first half of 2020. DB Arriva, DB Group’s local transport operator in Europe, saw losses again but performed far better than in the same period in 2020.

CFO Holle: “We want to continue the uptrend”

“We will overcome the serious challenges that the pandemic has created, step by step. We intend to continue the uptrend and return DB Group to profitable business,” said DB Group’s CFO Dr. Levin Holle. “For this to happen, all of us at DB Group need to do our part. Saving wisely and consistently investing in the future are two sides of the same coin.” Holle stressed that DB Group intends to cover half of its Covid-19-related losses – more than EUR 10 billion in total – itself by 2024.

DB Group expects an operating loss (EBIT adjusted) for 2021 as a whole, in part because it will likely no longer be able to make up for the months of lockdown at the beginning of the year. The operating loss is expected to be roughly EUR 2 billion, which is much lower than in 2020. DB Group anticipates that revenues in 2021 will continue to rise again, to over EUR 42 billion. All forecasts are still subject to a high level of uncertainty, as it is impossible to reliably predict how the pandemic, the economy and flood recovery could affect performance.