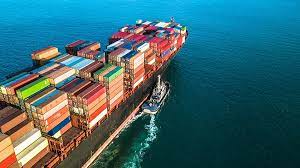 NEW DELHI : The government’s largest export incentive policy, the Merchandise Exports from India Scheme, was discontinued on January 1, 2021. Covering up to 75 per cent of India’s total exports, it was crucial support to exporters. Now, while tax refunds under MEIS remain stuck with the government, there is no clarity on its it’s replacement, the Remission of Duties and Taxes on Exported Products scheme.

The world of Indian exporters is in a turmoil. They are yet to receive an estimated Rs 40,000 crore worth of tax refund under the erstwhile Merchandise Exports from India Scheme (MEIS), even as they wait for clarity on its replacement, the Remission of Duties and Taxes on Exported Products (RoDTEP) scheme.

According to the apex body of exporters, the Federation of Indian Export Organisations (FIEO), they along with other export promotion councils have recently informed the government that the ensuing liquidity crisis is affecting outbound trade.

In a recent letter, the Ministry of Commerce has been told that crucial export sectors such as engineering goods, chemicals, leather and leather goods, heavy industries and key micro, small and medium enterprises (MSME)-run sectors such as handicraft and carpet exports, have taken a massive hit, as they are unable to accept new orders.

The exporters community has also proposed a list of steps to the government, which can be quickly implemented to deal with the issue in the short term.

The latest is a suggestion for the government to release tax-free bonds attracting 6 percent annual interest, with a three-year lock-in interval to present certainty of refund and guarantee liquidity for exporters.

The apex body of exporters had earlier asked the government to at least acknowledge the gamut of claims that are pending with it, which would then allow banks to lend to exporters against the receivables, FIEO Director General Ajay Sahai, said.

“We had initially told the Centre that assuming you have a problem with the fund, at least allow the exporters to file the claims and accept that as receivables so that some loan may be taken against it,” he said.

The hugely popular MEIS scheme, introduced in 2015, allowed exporters to earn duty credits at fixed rates depending on their exports and destination. These could be used to pay for import duties.

The scheme was discontinued by the government after the World Trade Organization (WTO) ruled against it in November 2019.

The United States had lodged a case against India at the top court for international trade disputes and argued that MSMEs were ‘trade distorting’, providing direct subsidies to exporters, which are prohibited under WTO rules.

Currently, the government is in the process of diverting MEIS funds into specific performance-linked incentive schemes, he added.

But its alternative, the Remission of Duties and Taxes on Exported Products (RoDTEP) scheme introduced in the last Budget with an initial allocation of Rs 13,000 crore, has fallen short of exporters’ expectations.

The finance ministry had in 2020 promised an outlay of Rs 50,000 crore, along with a similar formula as MEIS.

Exporters are especially irked at the government for not announcing the rate of tax benefits under RoDTEP, more than 18 months after it was disclosed.

“All MEIS benefits have been cut off from January 1, but the government is yet to announce tax refund rates for even a single export item under RoDTEP, a scheme initially brought to help remove export uncertainty,” added Sahai.

Commerce Secretary Anup Wadhawan recently said that the new rates would be notified ‘very soon’, hinting that an announcement may be made within the next two weeks.

However, the government has set such deadlines earlier as well.

India’s exports continued to see major gains in April. Owing to a severe low base effect, India’s merchandise exports shot up by a massive 193.63 percent in April, after a big rise of 60 percent in March.

The substantial increase is due to the extremely low volume of trade beginning in March last year when the nationwide lockdown was imposed.