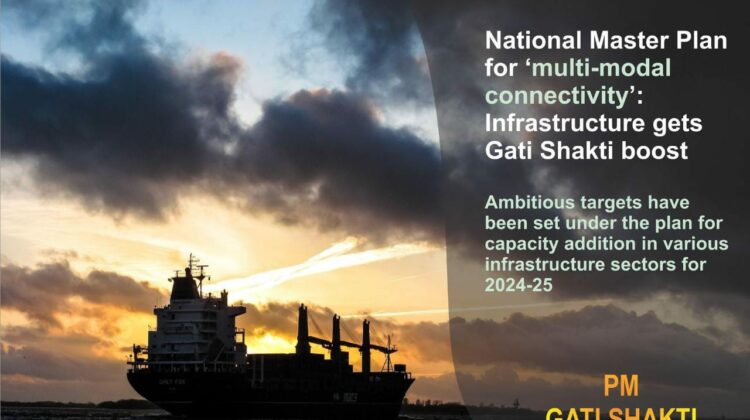 NEW DELHI : Prime minister Shri Narendra Modi recently unveiled the PM Gati Shakti-National Master Plan for multimodal connectivity that he first spoke of from the ramparts of the Red Fort on Independence Day earlier this year.

Targets up to 2024-25 for the Ministry of Shipping include increasing the cargo capacity at the ports to 1,759 MMTPA from 1,282 MMTPA.

Regarding River Ganga, the infrastructure plan targets increasing cargo movement on the holy river to 29 million MT from the current 9 million MT.

The Gati Shakti – National Master Plan for Multimodal Connectivity, a digital platform, will bring 16 Ministries, including Railways and Roadways, together for integrated planning and coordinated infrastructure connectivity projects.

The port and waterways infrastructure has seen considerable improvements since 2014. There were just five waterways in 2014; today, India has 13 functional waterways. Also, the turnaround time of the vessels at the ports has come down to 27 hours from 41 hours in 2014