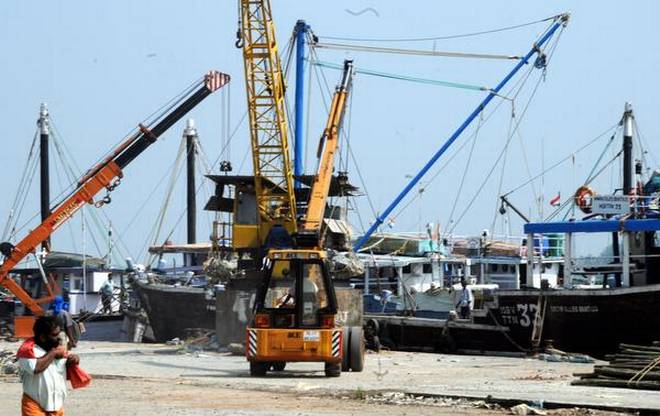 KOZHIKODE : The move of the State government to give green signal for a much-awaited cargo shipping promotional programme connecting the Vallarpadam International Container Transshipment Terminal (ICTT)with the Beypore Port has kindled fresh hopes among importers and exporters from northern Kerala districts. Entrepreneurs in the sector hope that they will be able to save a huge amount now being spent as road freight charges.

Based on the latest ministry-level discussions, a blueprint will be prepared by the Kozhikode district administration to make Beypore port as a satellite port of the ICTT in the future. It is likely to be submitted to the Ministry of Ports within a week. The plan is to start trial operations by the end of June.

Functionaries of the Kerala Exporters Forum say they have been working for the realisation of the proposal for many years, unable to bear the ever increasing road freight charges and unexpected hurdles on congested roads. If it becomes a reality, only one-third of the existing shipping cost will be required for container delivery, they point out.

Even after the announcement of an operational incentive for cargo shipping by road, many entrepreneurs wanted the direct delivery of cargo by exploring facilities at minor ports. According to them, only the entry of multinational vessel operators along with the opening of container movement between minor ports will help take cargo shipping to the next level.

A leading importer from Beypore says entrepreneurs in the sector were in a situation to pay about ₹30,000 as freight charge for the delivery of a single container from Kochi to Kozhikode by road. He said it was creating a huge loss. According to him, any fall in the existing transportation charges would largely reduce the product price and fetch its direct benefit to customers.

A member of the Kerala Exporters’ Forum says the existing terminal handling charges also could be reduced to a great extent with the elevation of Beypore as a satellite port for the Vallarpadam container terminal. “Our forum has already assured the required support to the State government for completing the basic infrastructure development activities at the port,” he adds.