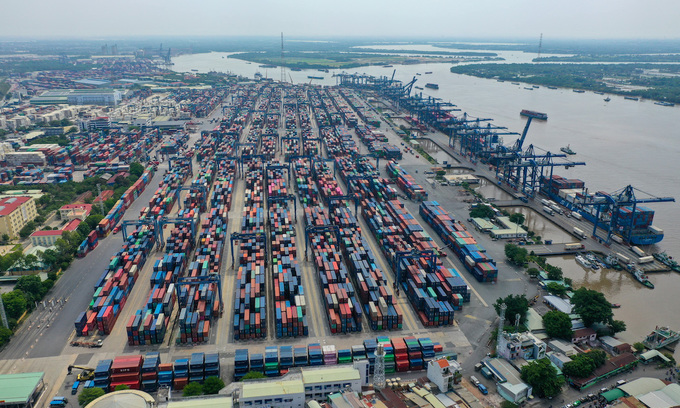 HCMC’s Cat Lai Terminal will not accept certain cargoes until August 16 since containers have piled up and there is little space left, its operator said.

Saigon New Port Corporation said it has stopped taking in refrigerated cargoes, and would stop receiving oversized and overweight cargoes from August 5.

The container pileup has occurred because many companies have had to suspend or reduce operations amid the Covid-19 outbreaks, it said.

During weeks of social distancing the number of trucks coming to pick up cargo decreased sharply, leading to the pileup.

The port also faces a severe shortage of employees like port officers and forklift drivers, with their number halving to 250.

The corporation has advised shippers to notify it about the estimated numbers of cargo containers and empty containers on vessels arriving in the next two weeks so that it can make arrangements to handle them.

If the number of containers reaches full capacity, the terminal will have to stop receiving cargo ships.