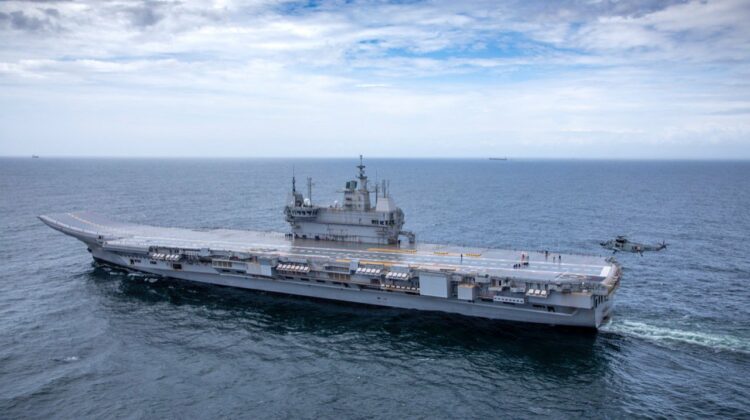 COCHIN : The sea trials of India’s First Indigenous Aircraft Carrier (IAC) Vikrant, the largest and most complex warship built in the country, began its sea trials on Wednesday. The Indian Navy described it as a “proud and historic” day for the nation and said India has joined a select group of countries having niche capability to indigenously design, build and integrate a state-of-the-art aircraft carrier.

The 40,000-tonne aircraft carrier set off on its maiden sea trials, 50 years after its namesake played a major role in the 1971 war. The aircraft carrier is expected to be commissioned into the Indian Navy in the second half of next year.

“It is a proud and historic day for India as the reincarnated Vikrant (IAC) sails for her maiden sea trials today in the 50th year of her illustrious predecessor’s key role in the victory in the 1971 war,” Indian Navy spokesperson Commander Vivek Madhwal said.

He said it is the largest and most complex warship ever to be designed and built-in India. “A proud & historical moment in our quest for ‘Atmanirbhar Bharat’ (self-reliant India) and ‘Make in India’ initiative,” he said.