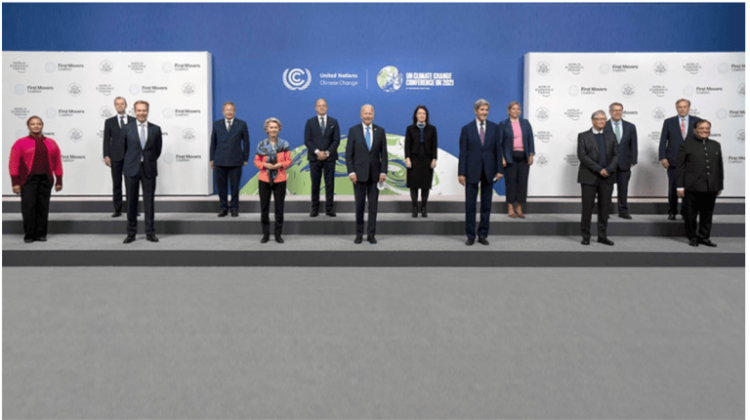 COPENHAGEN : A.P. Moller – Maersk is a founding member of the First Movers Coalition, a new platform for companies to make purchasing commitments that create new market demand for low carbon technologies, alongside global brands such as Amazon and Apple.

The World Economic Forum in partnership with US Special Presidential Envoy for Climate John Kerry launched the First Movers Coalition at the 2021 United Nations Climate Change Conference (COP26) to reach the 2050 climate goals of half emissions reduction.

Ms. Henriette Hallberg Thygesen, A.P. Moller – Maersk CEO of Fleet and Strategic Brands, who in the presence of European Commission President Ursula Von der Leyen and US President Joe Biden signed Maersk up to the initiative at the COP26 summit in Glasgow, stated “We still have a long way to go, but it is very encouraging to see that the ball is rolling.”

“I am delighted for us at Maersk to sign up to such a strong initiative and to see leading companies in hard to abate sectors make bold net-zero commitments, this is what is needed to drive real climate action in this decade,” she added.

The First Movers Coalition is expected to create a long-term impact by driving milestones this decade through investment into technological solutions across eight key sectors.

Maersk has declared it is signing up to a target that at least 5% of its deep-sea shipping operations will be powered by zero-emission fuels by 2030. The commitments aim to be collectively significant enough to commercialise decarbonisation technologies.

Similar ambitions have been set from leading global retailers last month, where brands including Unilever, Ikea and Inditex announced a target to progressively switch all of their ocean freight to vessels powered by zero-carbon fuels by 2040.

“In this critical decade, we not only need to deploy as rapidly as possible existing clean energy technologies, such as wind turbines, solar panel, and battery storage, but also drive innovation for our long-term decarbonization goals,” pointed out Kerry.

“Technology has given us the tools to reduce our emissions and build a stronger and more inclusive economy of the future. The First Movers Coalition will leverage the collective purchasing power of leading companies and drive the need for these technologies,” noted Borge Brende, President of the World Economic Forum.