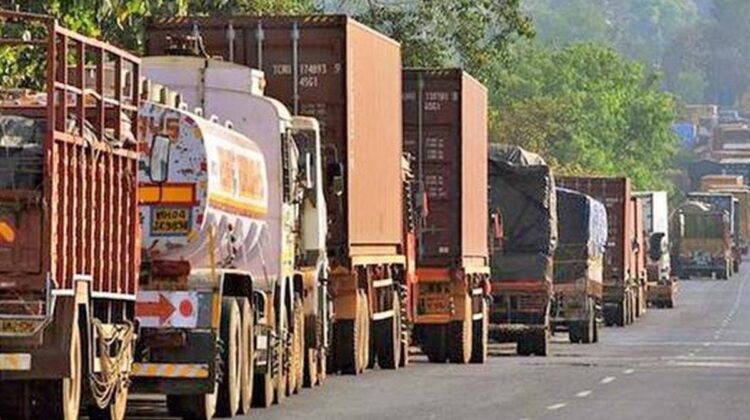 MUMBAI : Maharashtra’s new lockdown norms-requiring trucks driving into the state from other states to have proof of negative RTPCR test that were issued not more than 48 hours ago-can cripple the supply chain going into the state and going via the state, truck union All India Motor Transport Congress (AIMTC) has stated. The new norm has prompted the union to reach out to the State Chief Minister Uddhav Thackeray asking him to put in place an alternate and “more practical” solution – like a Rapid Antigen Test, which is quicker than RTPCR. AIMTC has also asked the state to bear the cost of such tests.

“The new norms (are) not practical to implement as drivers are on the move,” AIMTC has stated in a release. AIMTC said that in several places, time taken to get results of RTPCR test is 48 hours. “How can drivers on the move get tested? Also, trucks going to Southern States from adjoining States of Rajasthan and Gujarat drive through Maharashtra. “How will drivers of such trucks get tested,” asked , while requesting Maharashtra to change the norm.

“This is impractical and can potentially brake the supply chain of medicines, critical supply for hospital equipment, FMCG, fruits, vegetables, oxygen tankers and concentrators, export import cargo and other essential commodities and manufacturing within the states,” stated Bal Malkit Singh, Chairman – Core Committee and former President, AIMTC, in a release.

“Asking our drivers to get RT-PCR tests done repeatedly and the harassment faced due to this (Earlier AIMTC had reached out to Mahasrahra stating drivers were facing bribe demands from officials) will further discourage and demotivate them ,” said Singh, in the letter that was also marked to Anil Parab, Maharashtra’s Transport Minister; Sitaram Kunte, Chief Secretary, Maharashtra; and the states’ Transport Commissioner and DG-Police.

AIMTC added that about 65 per cent of its vehicles are already staying idle due to lack of demand; and drivers, cleaners and helpers are leaving for their native places.