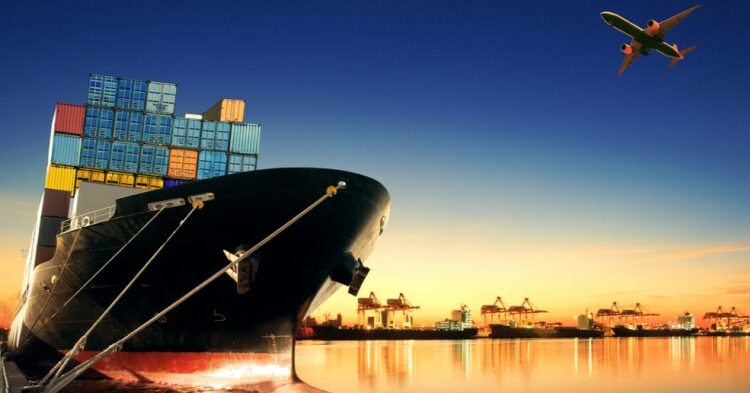 CHENNAI : Riding on the steep hike in sea container freight rates, major global shipping lines — Hapag Lloyd, Ocean Network Express (ONE) and CMA-CGM — reported record increase in their revenues in the June quarter. All these lines have significant container services, to and from India.

The figures reported during the quarter could be the highest ever for these lines, said an analyst tracking the shipping sector.

In June quarter the Singapore-based ONE’s profit increased significantly to $2,559 million compared to $167 million in the same period last year — an increase of 1,432 per cent. This was due to the continuous strong market. Asia to North America trade market volume from January to June increased by 40 per cent y-o-y and by 27 per cent compared to the same period in FY19, before the Covid-19 pandemic, it said.

Germany’s Hapag Lloyd’s revenue increased in June quarter by around 33 per cent to roughly $4.9 billion due to a higher average freight rate that rose by 38 per cent to $1,509 as against $1,094 in the same quarter last year. French line CMA-CGM reported a first-quarter revenue of $10.7 billion, up 49.2 per cent compared to the same quarter last year. The average revenue per TEU stood at $1,574 ($1,154 a year ago).

Carriers have shown a significant revenue surge in recent times as shortage of containers and space combined with enhanced demand allowed them the leeway to escalate ocean freight, said G Raghu Shankar, Executive Director, Interniational Shipping and Clearing Agency. This trend will continue and with Christmas and New Year demand picking-up in the months to come, rates may still move upward, he added.

“There does not seem to be a solution for the container shortages may not come down, though post New Year and financial year-end, demand may marginally shrink. But to be fair to the carriers, charter hire charges have also hit the roof and wherever the lines charter vessels, their margin need not be very high,” he said.

Freight rate to European ports like Hamburg, Rotterdam and Le Havre from Chennai has risen sharply to $2,500 per TEU in June as against $750 a year ago.

“The steep increase in container freight has challenged the existence of the textile garment Industry,” said Raja M Shanmugham, Tirupur Exporters’ Association (TEA) President. To the US, the freight has increased to $11,500 as against $4,000 pre-Covid, he added.

Lars Jensen, an expert in container shipping based in Denmark, stated in a social media post that ONE’s EBIT per TEU shipped went from $90 to a whopping $856.

The preliminary results indicated by the lines Maersk, Hapag-Lloyd and ONE show that these three carriers alone stand to make a profit at the EBIT level of $9 billion in Q2 of 2021 as against $1.3 billion a year ago quarter. This is, by far, the best results ever shown by the carriers. “This development is driven by the high, and still increasing, freight rates in the market. These rates are fuelled by a shortage of capacity caused by severe delays and operational disruption due to the pandemic,”he told .