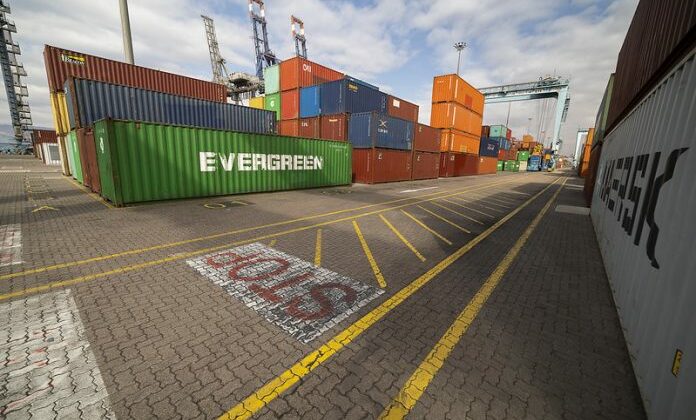 JORDAN : APM Terminals-operated Aqaba Container Terminal (ACT) has recently received its latest shipment of new, custom-designed machinery, as part of its efforts to increase the efficiency of operations at the port.

The new equipment, which arrived at the terminal in September, includes four empty container handlers and one reach stacker, both of which will improve the handling of containers at the port in Jordan.

This latest arrival of equipment is part of ACT’s five-year equipment replacement plan, which aims to replace the terminal’s older machinery with newer, more advanced machines that will work to reduce operational costs and enhance the quality and efficiency.

To date, ACT only this year has invested more than US$3.6 million in new machinery, according to APM Terminal’s announcement.

Commenting on the terminal’s latest acquisition of new machinery, ACT CEO, Soren Jensen said, “As a pivotal gateway to Jordan and the Levant, ACT is especially eager to build on its technological strengths and capabilities in ways that will ultimately serve to bolster the national economy.”

Over the past 10 years, ACT has invested more than US$300 million in enhancing the terminal’s operational capacity and efficiency.

These investments have been diverse and wide-reaching, including everything from infrastructure development to capacity-building, to upgrading on-site equipment with more advanced machinery.