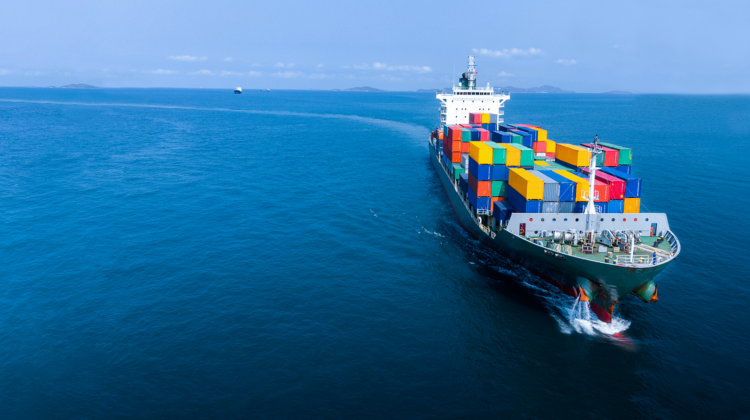 Maritime trade is predicted to increase by 4.3% in 2021 and the medium-term outlook is positive, according to the latest annual UNCTAD Review of Maritime Transport. However, the compound annual growth in maritime trade is expected to slow from 2.9% over the past two decades to 2.4% in 2022–2026.

The upbeat 2021 projection uses the positive 2020 as a springboard. Defying Covid-19, maritime transport volumes fell less dramatically than expected last year and by the end of the year had rebounded, “laying the foundations for a transformation in global supply chains and new maritime trade patterns”, said UNCTAD.

While maritime trade contracted by 3.8% in the first half of 2020, recovery in the second half saw volumes return for containerised trade and dry bulk commodities, but tanker shipping has yet to fully recover.

“Maritime trade has performed better than expected partly because the Covid-19 pandemic unfolded in phases and at different speeds, with diverging paths across regions and markets. The rebound in trade flows was also the result of large stimulus packages, and increased consumer spending on goods, with a growth in e-commerce, especially in the United States,” said UNCTAD.

However, the Review notes that the emerging multi-paced recovery is “inherently fragile” with some countries and regions lagging. Also highlighted are a “two-track vaccination pattern” where developing countries are falling behind and an imbalance in the levels and effectiveness of stimulus and support measures. Furthermore, supply-chain bottlenecks continue to cause problems with shortages in equipment, less reliable services, congested ports and longer delays all threatening to derail the recovery of trade.

“A lasting recovery will depend on the path of the pandemic and largely hinges on being able to mitigate the headwinds and on a worldwide vaccine roll-out,” said UNCTAD secretary-general Rebeca Grynspan.

In its analysis of capacity, the Review found that the fleet grew by 3% in 2020, reaching 99,800 ships of 100 gross tons and above. By January 2021, capacity was equivalent to 2.13 billion dwt. During 2020, orders for new ships declined by 16%, however this hiatus ended abruptly early in 2021 when shipping companies reacted to capacity constraints and went in hard with newbuild orders. The number of container ships ordered then was the highest for the last two decades.

“The current surge in freight rates will have a profound impact on trade and undermine socioeconomic recovery, especially in developing countries, until maritime shipping operations return to normal,” said Grynspan. “Returning to normal would entail investing in new solutions, including infrastructure, freight technology and digitalisation, and trade facilitation measures,” she said.

To address high freight rates, UNCTAD has urged countries to consider a portfolio of measures that cover both hard and soft infrastructure and services. “Improving the quality of port infrastructure would reduce world average maritime transport costs by 4.1%, while costs would be reduced by 3.7% by better trade facilitation measures and by 4.4% by improved liner shipping connectivity,” it said.

Supporting the 4.3% predicted increase in maritime trade in 2021, containerised trade is expected to grow by 7.7%. Although, the Review noted that the hyper-globalisation of the late-1990s and early-2000s “appears to be decelerating”. It highlighted the automotive, computer and electronics industries as ones aiming to locate production closer to demand and consumption markets.

International trading decisions are also now being shaped by recent shipping disruption, such as the Suez Canal blockage, the surge in Covid cases in South China, and chip shortages that have closed car manufacturing.

Added to this, some countries are aiming for greater self-reliance in goods, for example through the Made in China 2025, Buy American, Strategic Autonomy in Europe, and Self-sufficient India initiatives. That said, UNCTAD notes that an outright reversal of globalisation will be difficult: “Global supply chains are the product of years of investment, relationship-building, and knowledge acquisition, and China’s large production and logistical capacity and economies of scale are difficult to replace.

“This was demonstrated by the increased imports of electronics in 2020, which triggered a shift of some production and sourcing back to China.”

Indeed, China’s continued importance in world trade is emphasised, with the pandemic reaffirming China’s “resilience and determination” to remain the factory of the world. However, this is tempered by the nation’s shift to reliance of more domestic rather than external demand.

Also, some companies are looking to diversify production sites with a ‘China +1’ strategy, and longer term, automation could make reshoring and nearshoring more economically viable.

“These trends have major implications for maritime transport, as carriers need to redefine distances and routes and offer more flexible shipping services. A reconfiguration of supply chains has implications for vessels, sizes, ports of call, and distance travelled,” UNCTAD said.