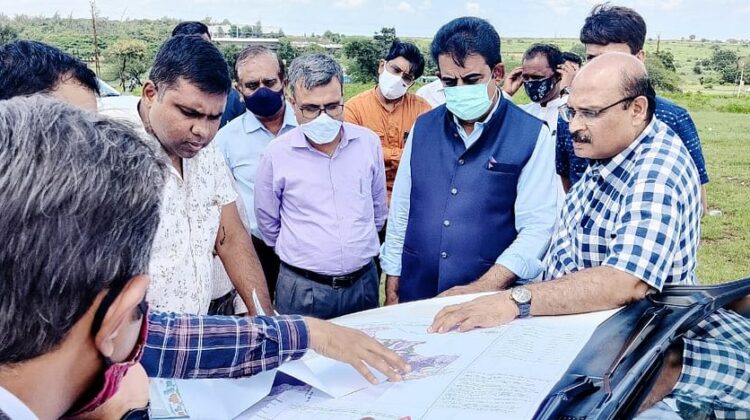 INDORE : A Rs 400 cr multi-modal logistic hub is likely to come up near Betma, which will give a massive boost to trade and commerce in the region. The logistic hub was given approval by the Union Minister for Surface Transport and Highways, Shri Nitin Gadkari recently.

On Saturday Mr. Prakash Gour, CEO of NHLMC, reached to the city to have discussion with the local officials and leaders and also to inspect two possible sites for setting up the hub.

Later, the team went to two proposed locations – one at Betma and the other at Pithampur. The team visited both locations and discussed other facilities required for the logistics hub. Official sources said that NHLMC officials were in favour of setting up the hub in Betma.

“MPSIDC will provide every possible support to the company in setting up the hub. The Park will have a dedicated railway line for the movement of cargo.” said MPSIDC Executive Director, Mr. Rohan Saxena.