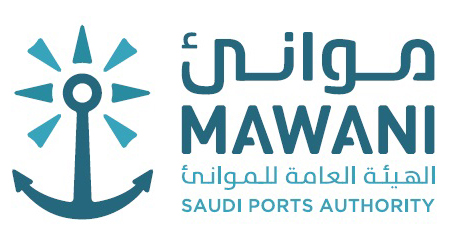 RIYADH : The Kingdom’s maritime trade hubs have seen a yearly increase of 13% in cargo throughput during the year 2022, handling an estimated 237 million tons compared to 210 million tons in the preceding year.

The year-end statistics for 2022 highlight a 3.2% surge in container volumes at 10.355 billion TEUs in contrast to 10.035 billion TEUs a year earlier. A further look at the sub-categories reveal a 5% boom in imported and exported boxes to 4.839 billion TEUs from 4.628 billion TEUs in the previous period. Similarly, transshipments inched up by 2% to hit 5.516 billion tons in comparison to 2021’s tally of 5.406 billion TEUs.

On the commodities front,Saudi ports unloaded around 3.93 billion cattle heads across 2022, up 9% year-on-year over the prior year’s total of 3.62 billion. Likewise, 973,000 cars rolled off incoming vessels at a 25% growth rate versus 778,000 units previously.

About the Saudi Ports Authority (Mawani) Saudi Ports Authority (Mawani) was established in 1976 to oversee the operations of the Saudi ports. Since its inception, Mawani has been keen on transforming the Saudi ports into investment platforms and facilitating the Kingdom’s trade with the rest of the world. The Authority seeks to achieve an effective regulatory and commercial environment supported by an operating model that enables growth and innovation in the Kingdom’s maritime industry. It also envisions developing a sustainable and prosperous ports sector to consolidate the Kingdom’s position as a leading global logistics hub. Mawani strives to realize Saudi Arabia’s economic and social ambitions by ensuring reliable and efficient logistics operations, as well as creating a safe and sustainable maritime environment. Developing the Kingdom’s industrial capabilities to fulfill the objectives of the National Transport Strategy in line with Saudi Vision 2030, has and will always be one of Mawani’s main objectives, thus contributing to making Saudi Arabia a pioneer in the ports sector