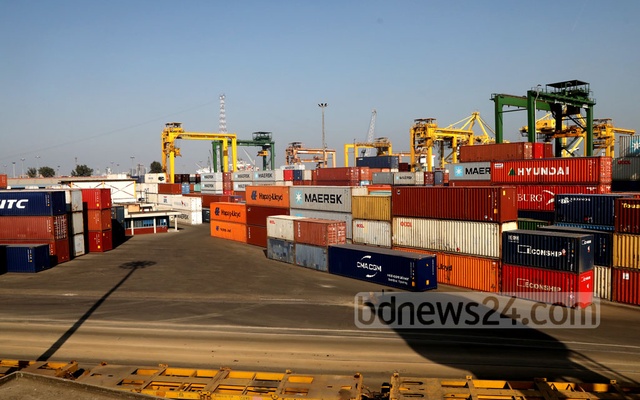 DHAKA : After four days of a transport strike over a fuel price hike, export and import through maritime and land ports in Bangladesh came to a grinding halt.

The companies transported goods in their own vehicles or alternative transport on a limited scale, according to the exporters and people at Bhomra, Benapole, Sonamasjid and Chirirbandar land ports.

Truckers continued the strike for the fourth day, demanding a reversal of the 23 percent hike in diesel prices, although bus and launch operators resumed services after the government raised fares. Owners and workers of trucks, covered vans and other freight vehicles met with the government to discuss a possible end to their ongoing strike on Monday night. After two hours of talks with the government, truckers called off their protest.

The strike hampered goods transport after it began on Friday, said Syed Nazrul Islam, first vice-president of largest exporting sector apparel’s group BGMEA. The industry also depends on import for production, but the imported raw materials are not coming to the factories due to the strike.

About 1,600 trucks transport goods of the garment sector daily. Some companies have their own trucks or covered vans, while the others depend on transport services.

The garment exporters have orders worth $1.5 billion to deliver daily in November and the strike hampered exports of products worth $6 billion until Monday, according to Nazrul. Many imported goods are stuck at the port.

Mamun Kabir Tarafder, a deputy director of Benapole Land Port Authority, said loading and unloading was normal, but a logjam of goods was created as no trucks left.

About 500 trucks transport goods, mostly machineries and garment raw materials, to and from the port daily, according to him.

Mostafizur Rahman Nasim, general secretary of Bhomra Land Port C&F Agents Association, said the importers are currently bringing onions, stones, vegetables and spices, among other products. About 300 trucks have been stuck in the port due to the strike, while many goods are awaiting delivery.

“The suspension of loading and unloading is leading to losses and hampering normal operations at the port. Goods are coming from India, but they are not leaving the port.”

Officials said the strike has created a logjam at Sonamasjid Land Port, but has not affected Hili Land Port.