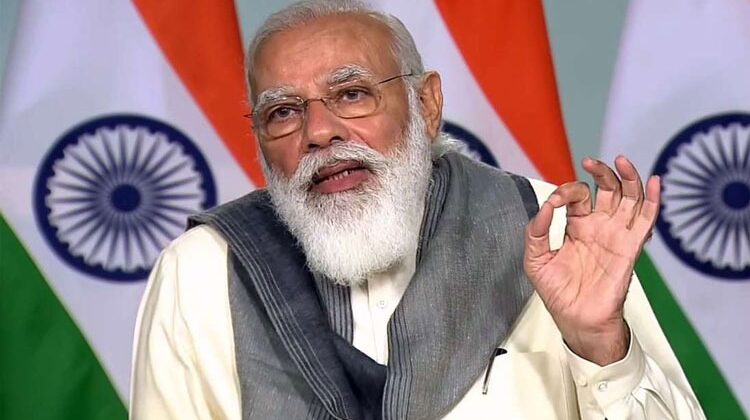 Prime Minister Narendra Modi on Thursday said the V.O.Chidambaranar (VOC) Port or the Tuticorin Port will be developed into a major transhipment port and a new multi modal logistics park will be set up near Sriperumbudur.

Launching various infrastructural social welfare projects and also laying down the foundation stone for many infrastructural projects Modi added that the central government is committed to port led development and pointed to the Sagarmala Scheme.

Paying his tribute to the great freedom fighter VOC Modi said the former’s vision for a vibrant domestic shipping industry and maritime development is greatly inspiring.

Modi said about 575 projects (port modernisation, new port development, port linked industrialization, port connectivity and coastal community development) involving an outlay of over Rs.600,000 crore has been identified for implementation between 2015 and 2035 under the Sagarmala Scheme.

Inaugurating the eight-laning of the Korampallam Bridge and Rail Over Bridge at the VOC Port built at an outlay of about Rs.42 crore Modi said it would strengthen the cargo handling of the VOC Port and also ease congestion.

He added that the central government would take further measures to make the VOC Port into a transhipment hub for trade and logistics.

He also laid the foundation stones for Rs.934 crore Lower Bhavani Project System that includes extension, renovation and modernisation and for the Rs.92 crores development of the Integrated Command and Control Centres in Smart Cities.