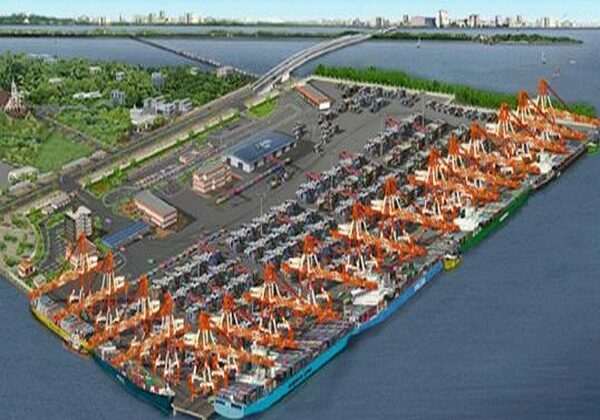 KOCHI : Cochin Port Joint Trade Union Forum has urged the government to abandon a proposal to allow concession in royalty / revenue share payable by private firms — both existing and new ones — handling transshipment and coastal containers at facilities in Centre owned major ports including the terminal run by Dubai’s DP World at Cochin Port Authority.

They said the “facts were entirely different” to the arguments put forward by the ministry of ports, shipping and waterways in considering the proposal from the point of view of the Vallarpadam container transhipment terminal.

“The terminal operator has miserably failed in utilising the facilities and infrastructure provided by spending ₹1,900 crore from public exchequer and spending annually a further ₹125 crore for maintenance dredging by Cochin Port Authority,” the Forum explained in a letter to the secretary, ministry of ports, shipping and waterways.

Huge concession in vessel related charges of up to 86 per cent is being granted by Cochin Port Authority, which has “made the Port’s financial position precarious”.

The average capacity utilization of the terminal is below 30 per cent even in its tenth year of operation.

“Besides, they could not fetch any significant transshipment or coastal container volumes as projected by them during the take-over of Rajiv Gandhi Container Terminal, which was owned and operated by the Cochin Port Authority. Thereafter the terminal operations were shifted to Vallarpadam from 2011. During this period, the Cochin Port Authority has forgone ₹486.97 crore as concession in vessel related charges (VRC) on the plea of competing with Colombo Port. But the bare fact is that DP World, being the licensee, have not only vitiated the mega dream project but also undermined the very objective of the transshipment terminal. Due to this, the Cochin Port Authority had even landed in trouble in paying salaries to employees and pension to the retirees,” the Forum wrote in the letter signed by its chairman P M Mohammed Haneef and general convenor C D Nandakumar

“While this position is continuing, it is inadvisable to consider any concession citing frivolous reasons to attract transshipment containers from Colombo as it is a proven fact that D P World is incapable to make Vallarpadom ICTT a competitor to Colombo Port,” the Forum said.

“The present move is highly detrimental to the survival of Cochin Port Authority and is nothing but a deliberate attempt to appease the corporate entity undermining the interest of the Port. It is obvious that if this proposal become a reality, the Port’s revenue will plunge further and liability will go up for maintaining the deep draught etc,” the Forum said.

Taking all these facts into consideration, the Forum urged the Ministry “not to proceed with the proposal for granting concession in the name of boosting box transshipment competing with Colombo Port considering the best interest of Cochin Port which is already in severe financial crisis due to the underperformance of Vallarpadam ICTT and several other ambiguities in the license agreement for the project”.