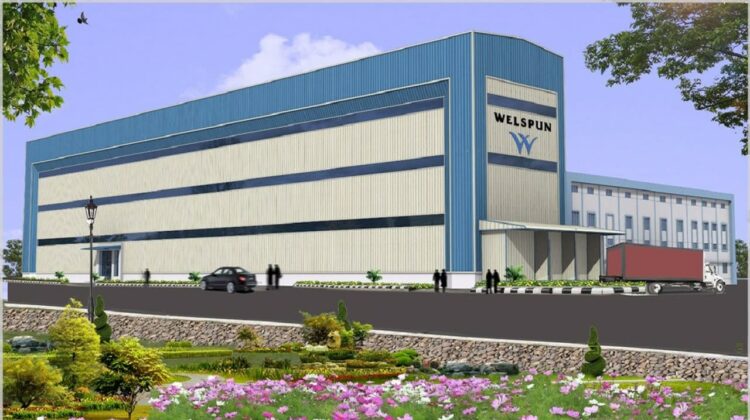 MUMBAI : Welspun India, the largest terry towel producer in the world, is looking at a $100 million (₹730 crore) turnover from e-commerce as it looks at a larger play in the USA, UK and India through its own brands by FY23.

According to Dipali Goenka, Joint Managing Director and CEO, Welspun India, the company is investing close to $10-15 million (₹70-100 crore) over a two-three year period towards the launch of own brands (including licensed ones) and putting in place of an e-commerce network – including the back-end and front-end and up-skilling of its workers.

A part of the proposed investments have already been made. Digitisation of services and technical ramp-up across global warehouses has taken place. Marketplaces like Amazon are being tapped globally.

“By 2023, e-commerce will have a $100 million contribution to our business. And this is going to come from our own brands like Welspun here in India, acquired ones like Christy in UK (which made towels for the Queen of England) or US-based brands like Martha (TV host Martha Stewart’s licensed offerings) and Scott Living (American TV show host brand),” Goenka told BusinessLine.

“The new way visible to us is related to our emerging businesses – advanced textile, flooring, our licensed brands and e-commerce – and they will have a quite big contribution in our business,” she said, adding “the model (e-com) is very scalable in the UK and the US.”

Emerging business verticals include floorings and advanced textiles businesses that the company has been investing in here over the last few quarters. With approximately ₹300 crore investments being further made in floorings, the company is expecting benefits of these verticals to accrue Q4FY22 onwards.

Owned and licensed brands, and emerging businesses of advanced textile and flooring, have posted 87 per cent growth YoY and have a revenue contribution of 15 per cent to Welspun India’s revenues.

So far global revenues for Welspun have been driven by private labels for organised retailers – Walmart, Costco, Carrefour, Macy’s, Ikea and Tesco among others – and star hotels like Marriott, Hilton, etc. Licensed brands include Wimbledon and Disney.

Goenka says “business de-risking is being done” with the pandemic leading to change in consumption patterns.

“Speaking from a global perspective, the US has been very-very robust in demand because the home economy has increased, and vaccination drive and stimulus drive are at their peak. So, our core business in the US along with the UK has been quite strong. Europe and the rest of the world are gradually coming online. So the core business is growing strong and new verticals like e-commerce too will grow,” she said.

Rising Covid-19 cases in the USA do not pose an immediate risk, but a larger worry is the impact on trade due to non availability of containers and freight rate-led cost pressures.

“Smaller shipments are happening. But turnaround time or inward time for large containers is a nightmare,” she added.

Welspun India, which reported a turnover of around $1 billion (₹7,408 crore) in FY21 at 8.4 per cent YoY growth, is looking at ₹600 crore capex this fiscal across its three business verticals – flooring, advanced textile, and home textile businesses. This is over and above the investments made towards e-com play.

Plants at Vapi and Anjar, operated at peak capacities in FY21, and if demand “continues to rise” “de-bottlenecking and rebalancing is required to increase capacity for towels, bed linen, rugs, and carpets.

“If capex plans materialise and demand is this buoyant, then we are expecting 15 per cent growth in FY22. By FY25, Welspun India is eyeing ₹12,500 crore turnover,” she said.