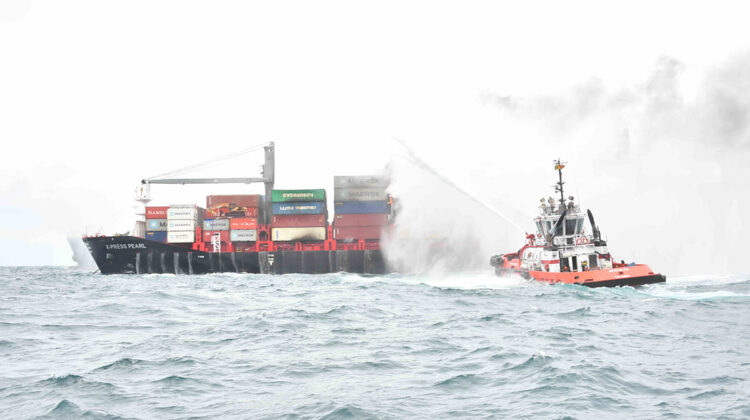 COLOMBO : The Russian master of the fire-ravaged 2,700 teu X-Press Pearl was arrested yesterday and granted bail later in the day.

Sri Lanka is seeking $40m in damages from ship operator, X-Press Feeders, over last month’s fire which has created one of the worst ecological disasters in the country’s history with toxic substances washing up on the island’s west coast.

“No formal charges were laid, but he was produced before court on suspicion that he has committed an offence under the Marine Pollution Prevention Act,” a police official said.

A next court case is scheduled for July 1.