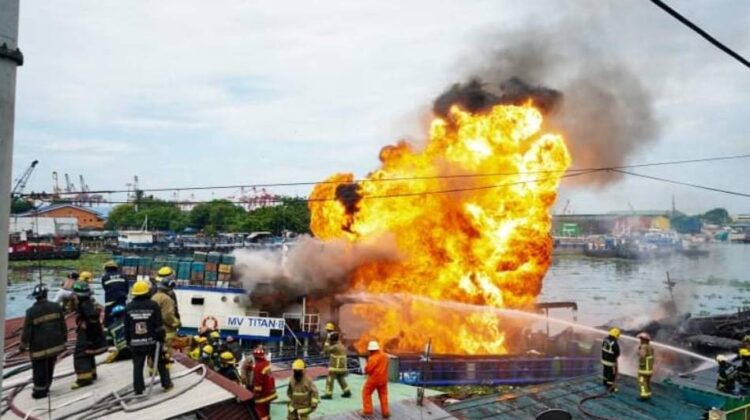 MANILA : At least six people were hurt in a fire that hit a cargo vessel docked at the Delpan wharf in Tondo, Manila on Saturday afternoon, the Philippine Coast Guard (PCG) said.

In a Facebook post, the PCG said its personnel assisted members of the Bureau of Fire Protection in responding to the blaze that hit cargo vessel M.V. TITAN 8 around 9 a.m.

The coast guard sent a medical team to assist those injured and is also helping evacuate residents near Delpan Bridge.

The vessel was docked at the wharf for refuelling in preparation for its travel to Palawan when a loud explosion was heard, according to the ship’s master, the coast guard said.

The fire has been raised to 5th alarm, the public information office of the City of Manila said in another Facebook post, and remains at this level as of this posting,